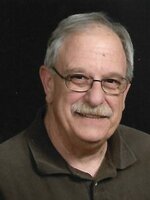 Walter William Glenn, 72, passed away on Wednesday, December 15, 2021.He was born in Tulsa, Oklahoma to William Henry and Sara Lou Glenn. Walt attended Edison High School and graduated in 1967. He played football, was the basketball team manager, and was a lighting designer in the theatre department.After graduating Walt attended Tahlequah College before transferring to Dallas Institute of Mortuary Sciences. While in Mortuary School he met the love of his life Michelle Nidositko. They dated for a year before marrying in Temple, TX.Walt and Michelle moved to Tulsa and Walt began working at Stanley’s Funeral Service. They had three children, Stefanie, Monica, and Nathan. Walt was very active in the church. He attended Park Plaza and Memorial Drive Church of Christ. While attending these churches he taught with the children’s ministry and played in the church softball league. In 1990 Walt and his family moved to Fort Worth, TX. Walt and Michelle attended Western Hills Church of Christ where he worked with Michelle in the infant class, volunteered in the Food Bank, and ran the audio system in the church booth.Walt is preceded in death by his parents, William and Sara Lou Glenn.He is survived by his wife of 46 years, Michelle; three children, Stefanie, Monica, and Nathan; brother, George Glenn of Grand Rapids MI; and three honorary grandchildren, Danielle Kocur Bartells, Aidan Kocur, and Ian Kocur.