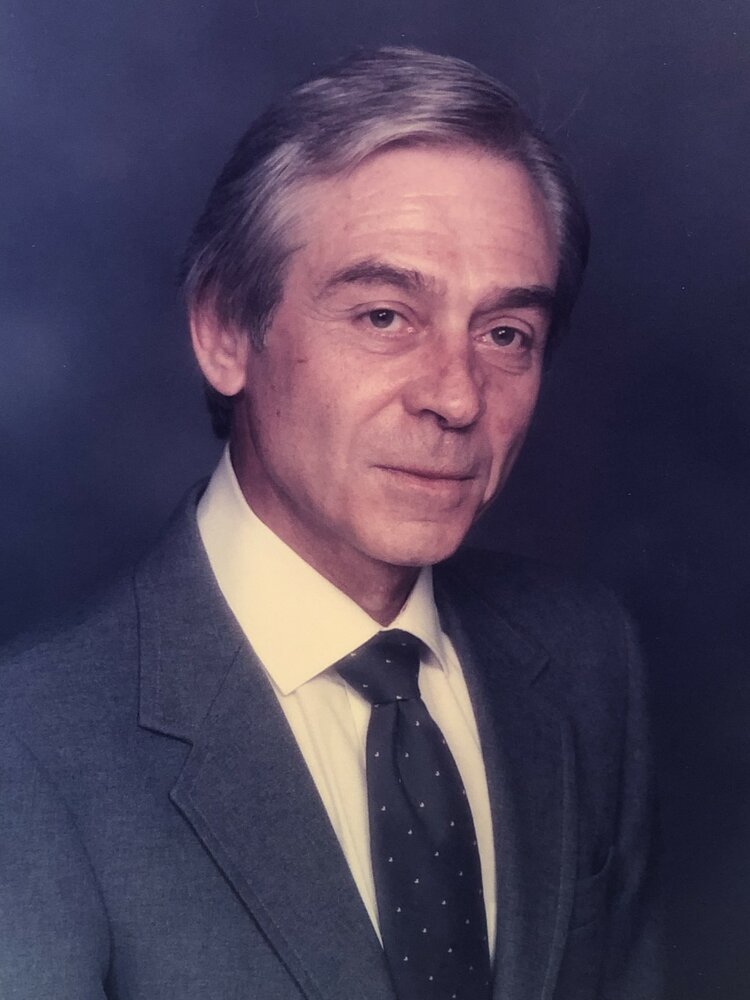 Memorials: In lieu of flowers, donations may be given to Meals on Wheels.

Jim was born in Berkeley, CA to Harold and Marie Strather Bausch.

He was a devout Catholic and instilled those values in his children and grandchildren.

Jim graduated from St. Edward’s University in Austin, TX.  There he met and married his beloved wife of 58 years, Rose Nardecchia.  Jim and Rose raised two sons, Michael and Robert.

After a move to Fort Worth in 1951, Jim began his 40 year career as a Systems Engineer with General Dynamics culminating as a Manager of Program Planning for the F-16 aircraft before retiring in 1991.

Jim was very active in his sons lives often participating "as one of the guys" during a football scrimmage in the front yard or umpiring their youth baseball games.  In retirement Jim enjoyed model railroading and never feared a crossword challenge.  A longtime member of St. Andrew Catholic Church, Jim served many years as a Eucharistic Minister and worked passionately with the parishes' Food Pantry.

Share Your Memory of
James
Upload Your Memory View All Memories
Be the first to upload a memory!
Share A Memory