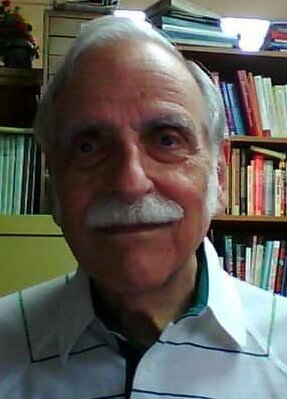 Dr. Edward S. Furber departed this world on August 9, 2022 at the age of 94. He leaves behind two step-sons, Robert Lewis and Harold Lewis, brother-in-law, Harold Blundell, sister-in-law, Sue Addington, and their extended families. He was preceded in death by his loving and devoted wife, Eugenia Furber.
Memorial Service to honor his life will be held at Westside Unitarian Universalist Church on 901 Page Ave, Fort Worth, 76110, on October 1, 2022 at 3:30 PM.
Memorials: In lieu of flowers, please make donations in Dr. Furber’s name to Kimbell Art Museum, 3333 Camp Bowie Blvd.,  Ft. Worth, TX 76107. Arts were always a passion of Edward.
Dr.  Furber always pursued education. After attending Universities in the United States, he received his Doctorate in Medicine at the University of Heidelberg, Germany. He completed his internships and settled into the practice of Pathology at Spring Branch Memorial Hospital in Houston, TX. It was while working here that Edward met his future wife, Eugenia L Blundell. With much encouragement from Eugenia, Dr. Furber changed his career and began new studies in Psychiatry, which he practiced in the Dallas/Ft Worth area until his retirement at the young age of 82. Dr. Furber and Eugenia Blundell were married for 43 years before her death.  He continued to be active in the medical profession until his death, participating in review of challenging cases and the State Ethics Committee.