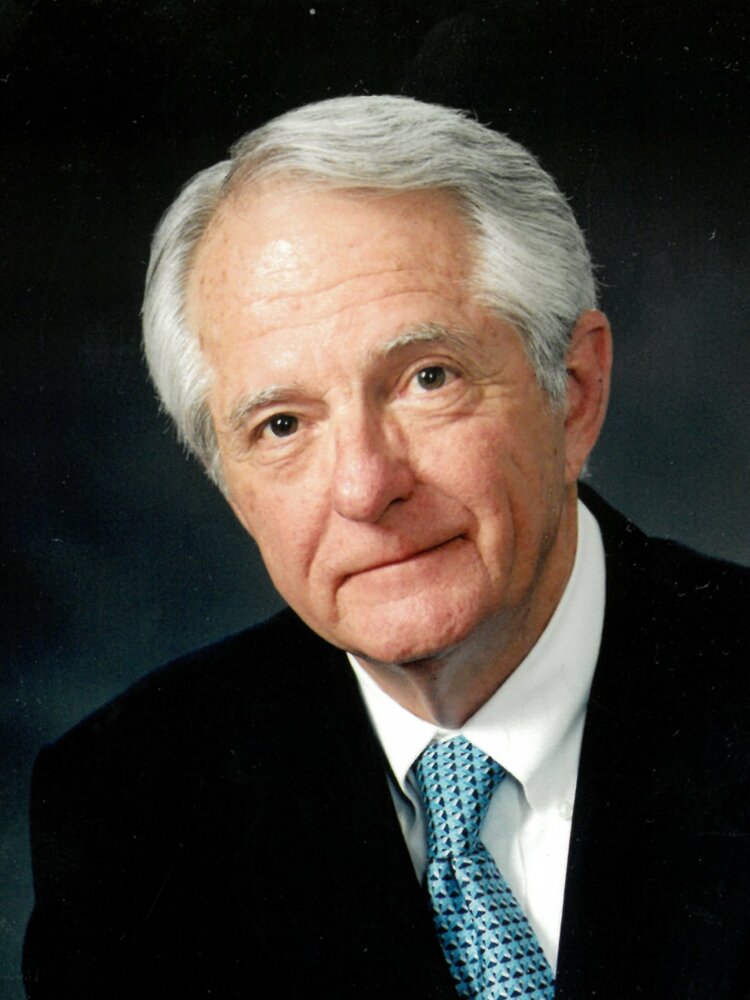 Walter Scott Fortney III left this earthly life and went to be with the Lord  on September 26, 2022.

Service:  A celebration of Walter’s life will be held at noon Friday, September 30, at First United Methodist Church in Fort Worth with Pastor Brig Jones, a close family friend, officiating. Burial will be held before the celebration at 11 a.m. in Greenwood Memorial Park.

Memorials:  For consideration of contributions in memory, please consider the Tarrant Area Food Bank, 2600 Cullen Street, Fort Worth, Texas 76107 or the charity of your choice.

Walter was born in Fort Worth on February 11, 1939.  He graduated from Paschal High School in 1957 and the University of Texas in 1961 and  UT School of Law in 1964. Following graduation, he served as Briefing Attorney for the Honorable Joe Greenhill.   He was an attorney with over fifty years of experience practicing primarily in real estate and land-title litigation with the firm of Law, Snakard, and Gambill.  He was board-certified in civil trial law by the Texas Board of Legal Specialization.  He has served as President of the Tarrant County Bar Association, River Crest Country Club, and the Legal Aid Foundation of Tarrant County where he volunteered his time to give free legal advice to veterans. He was President and Chairman of the Board of Directors of the Tarrant County Legal Aid Foundation. He was a director of the Fort Worth-Tarrant County Young Lawyers Association and was Treasurer.  He was Editor of the Bar New for the Fort Worth-Tarrant County Bar Association.  He was nominated as a Fellow of the Texas Bar Foundation in 1982.   He has been a member for many years of the Texas Land Title Association and his firm was awarded “Associate Member of the Year”.  He taught at the TLTA Land Title School for several years and delivered speeches to the American Land Title Association on several occasions at venues around the country.  Walter was appointed by Governor Mark White to the Texas Board of Professional Land Surveying where he served as Chairman. Walter was appointed by the Supreme Court of the State of Texas to be Chairman of the Committee on Admissions.  Walter received Super Lawyers designation from Texas Monthly.  He was selected for this honor subsequent to undergoing an evaluation of many different factors including peer recognition and professional achievement.  He was admitted to the U.S. District Courts: Western District , Eastern District, and Southern District all in Texas, Fifth Circuit Court of Appeals, Eleventh Circuit Court of Appeals and the United States Supreme Court.  The Fort Worth Business Press listed him as an Attorney of Excellence for many years.  Walter was a member of the Eldon B. Mahon Inn of Court.  He has been described as the epitome of the gentle lawyer and practiced law with a great deal of civility.

Walter was a lifelong member of River Crest Country Club. When he served as President, he orchestrated the building of the fitness center.  He was a member of Steeplechase Club, Breakfast Tip Club, the Fort Worth Club and as he served on the Board of Governors and President of the Fort Worth Club’s Outdoor Sports Club. Besides his wife, children, grandchildren and his dogs, his love of sports was ever present.  While attending the University of Texas, he was Phi Gamma Delta’s Intramural Chairman.  He was known for his “slow pitch” in intramural baseball and received many medals.  He also held the title of leader at the pinball machine at Nau’s Drug in Austin.  He loved Longhorn football and was Past Director and Advisory Council of the Longhorn Associates for Excellence in   Women’s Athletics at the University of Texas and a life-time member of the Ex-Students Association. He held season tickets beginning in 1994 at the original Texas Ranger Stadium and received a stadium chair with his name on it when the stadium was torn down.  Even in the ice and snow, he ran the 10K in the Cowtown Marathon. Walter loved to hunt!  He was a responsible hunter and made sure all the game he harvested was either cooked by his wife or taken to people who needed food.  He was dedicated to preserving land for hunting and fishing in the Texas.  He shared his love of wildlife with his sons and grandchildren.  He loved dogs.  In his 56 years of being married, he had 21 dogs and would have sometimes 5 at a time.  He loved to hunt with those dogs.

Walter believed in supporting our veterans. He was a member of the Fort Worth Airpower Foundation which supported our armed forces, helping those that defend America’s freedom. Many times, he went to DFW to welcome the troops home.  When he saw armed servicemen and women in the airport, he would stop and thank them for their service.  He was Chairman of the North-East Texas Chapter of the Cystic Fibrosis Foundation and chaired the 65 Roses benefit.  Walter was on the Board of Directors of the Tarrant County Cancer Society which provided cancer treatment for low-income and uninsured patients.

Walter loved his friends and a good meal.  He has been described by friends as loyal, honest, diligent, fun, loving, a great storyteller, and a gentleman.  He loved to travel to Aspen for 20+ years with his family and share his love of the outdoors. He loved a good game of golf with his sons and grandson. He loved calling friends and sons to discuss the latest scores of the Longhorn games.  His quick wit and ready sense of humor will be long remembered by all of us and will keep laughter and happiness at the forefront as we face this time.  He will be missed by his family and friends.

The family and friends wish to thank his dedicated caregiver of six years, Lee Fiero for his many years of dedication and love to Walter.  He was a true blessing to all of us.

“For I am now ready to be offered, and the time of my departure is at hand.  I have fought the good fight, I have finished my course, I have kept the faith” -2 Timothy 4:6-7