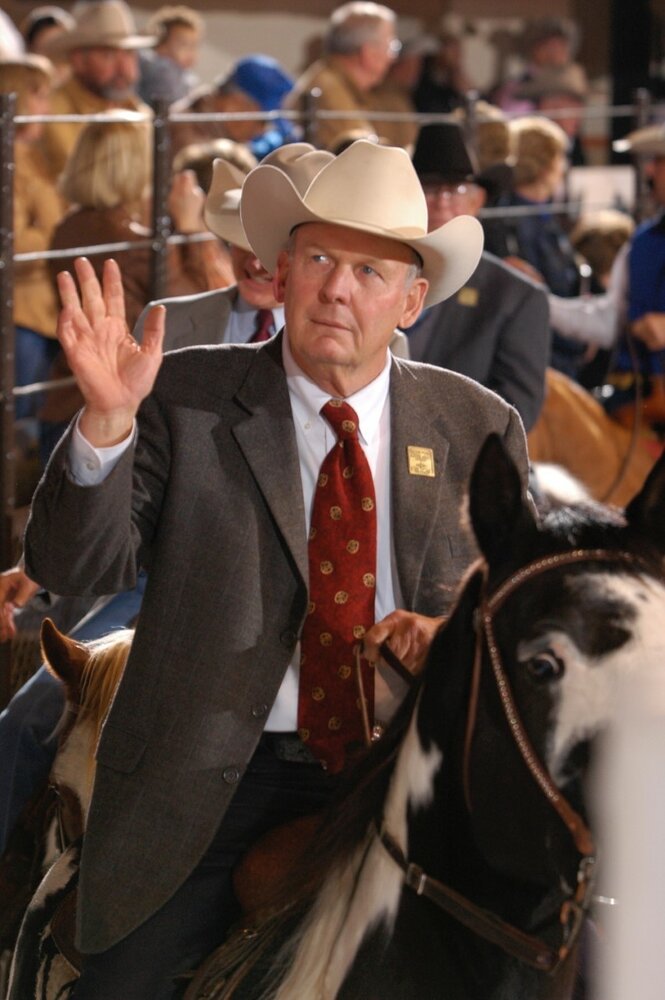 W.R. Watt, Jr. who, for 33 years, served as president and general manager of the Southwestern Exposition and Livestock Show, more commonly called the Fort Worth Stock Show & Rodeo, passed away peacefully on November 9 at his home in Fort Worth, Texas. He was 88-years-old.

Bob, as he was known by all friends was born in Fort Worth, Texas on March 29, 1934, to Helen Wallace Watt and W.R. Watt, Sr. He attended Arlington Heights High School in Fort Worth and Hill School in Pottstown, Pennsylvania. Watt received a Bachelor of Science Degree in Animal Husbandry from Oklahoma State University at Stillwater, Oklahoma.

Bob’s career path with the Stock Show took him and the organization he dearly loved on a projection to exciting heights and enduring accomplishments. He began part-time work between college semesters in 1955 and was elected to the organization’s board of directors in 1958, remaining on the governing body for 64 years. Bob served in various Stock Show superintendent roles before being named assistant to the livestock show and horse show managers in 1963. He ascended to the position of President and General Manager in 1978 after having served as Executive Assistant, Assistant General Manager, General Manager and Board Secretary. He was named President Emeritus upon his retirement in 2010.

Bob played a critical role in an era of growth and improvements at the Stock Show’s home – the Will Rogers Memorial Center – that was pivotal in Fort Worth’s emergence as the nation’s premier location for livestock and equestrian competitions. He was involved with the City of Fort Worth officials in achieving a variety of significant improvements at the Will Rogers Memorial Center. These include the opening in 1984 of the Amon G. Carter Jr. Exhibits Hall, the world-class Will Rogers Equestrian Center in 1988 and the Kit and Charlie Moncrief Building with its W.R. Watt Arena (named for Bob’s father) in 1996 which was a special highlight to the Stock Show’s Centennial year observance. The later facility was an $11 million gift to the City by Stock Show supporters. In 1998, Bob led the effort to fund and build the Ticket Office and Visitor’s Center at the main entrance to the Will Rogers Memorial Center. His consensus building skills played a key role in creating a public / private funding example for public events facilities that is admired across the nation.

Bob oversaw a transitionary and exciting period of growth for the Stock Show. Since he became president and general manager in 1977, the Show grew from 10 to 23 days. Before his retirement, crowds of more than one million consistently attended the Stock Show annually easily making the Show the city’s largest public event. Participation in livestock and horse shows by exhibitors from around the nation grew steadily now topping 30,000 entries annually. He created an International Committee and facility that welcomes guests from approximately 55 nations each year. Knowing livestock shows held in major urban centers engage consumers and influence public opinion, Bob advocated to change the organization’s official name to Southwestern Exposition and Livestock Show in 1987 to better reflect the rancher and farmer’s important roles in meeting consumer needs and demands.

Ranching was another vocation that fulfilled Bob’s life. From a young age he devoted considerable time on his family’s Watt Ranch in Throckmorton County. He oversaw the cow-calf operation for more than 50 years with a strong devotion and passion for stewardship of the land and livestock under his careful watch.

Bob devoted considerable time to civic service to the western industry as well as causes and institutions important to Fort Worth. He served in a critical role with the creation in 1987 and continued support of the Citizens Support Group for the Fort Worth Police Mounted Patrol which supports the unit with horses, equipment, tack and a state-of-the-art equine boarding facility constructed in 2015.

Recognized for his dedication to the livestock industry and the Fort Worth community, Bob received numerous accolades including: Texas Cowboy Hall of Fame – Inductee; Charles Goodnight Award – Recipient (along with his father); The People of Vision Award; Oklahoma State University – Distinguished Alumni; Texas Hereford Association Outstanding Service Award; and Longhorn Council of the Boy Scouts of America – Distinguished Citizen Award.

Bob was instrumental in establishing Make-A-Wish Foundation Fort Worth/Tarrant County and he devoted considerable time and resources to the foundation’s North Texas Chapter. Golf and fishing were favorite hobbies and he relished his time on the course at River Crest Country Club and the waters surrounding South Padre Island. Tremendously devoted to family, time spent with them was always priority whether it be on the ranch, golf course, fishing boat, the comforts of home or his rodeo box where they enjoyed Stock Show rodeo performances in the beloved Will Rogers Coliseum.

By nature, Bob was always a modest person, quick to give others credit and always expressing appreciation for assistance. He constantly voiced gratitude to the Stock Show staff and hundreds of people who banded together each year to make the legendary Fort Worth Stock Show & Rodeo the tremendous public event it is for the people of Fort Worth and North Texas.

Memorial Service and Visitation: The memorial service honoring Bob will be held on Monday, (Nov. 14) at 11 a.m. at the First United Methodist Church in Fort Worth (800 W. 5th Street). Reception to follow in the Amon G. Carter Exhibits Hall’s Round Up In at 1:30 p.m. Private interment.