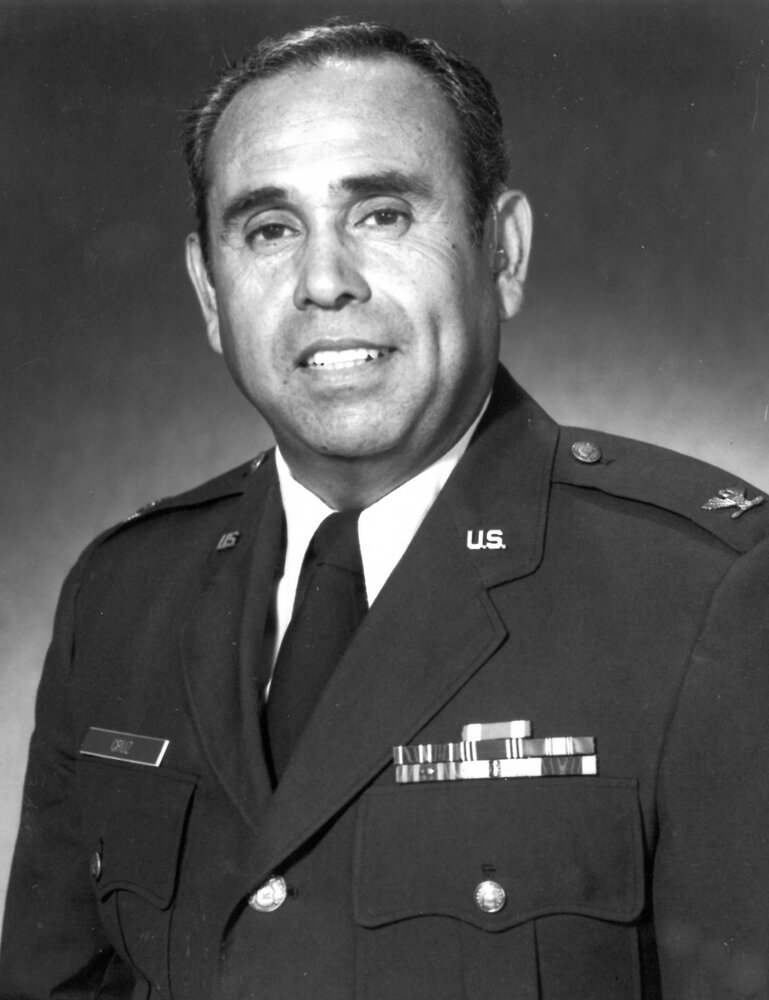 Jerry was born July 31, 1932 in San Antonio, Texas, the son of Gilberto Cruz and Hilaria Charlotte (Rivas) Cruz.   He graduated from Central Catholic High School in San Antonio.  He then enlisted in the USAF in 1951 and began serving during the Korean War.  He met Vivien Mary Gleeson while stationed in England and they married September 6, 1952 at St. Pancras Catholic Church in Ipswich, England.  Their 70 years of marriage was blessed by their children, Gerald, Elizabeth, Mary, Jennifer and John, grandchildren and great grandchildren. He is also survived by his sister, Geraldine, and nephews and nieces.

He was preceded in death by his parents, his brother, Gilberto; and his infant sister, Dolores.

Memorials in lieu of flowers may be given to CASA of Tarrant County at https://www.speakupforachild.org/donate