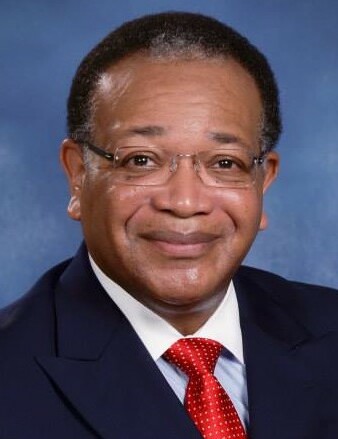 A native of New Orleans, Brian, has performed for over 40 years in the vocal arena.  He attended John F. Kennedy High School in New Orleans, studied Music Performance at Loyola University and Instrumental and Vocal Music at Southeastern Louisiana University.  A gifted lyric tenor, his talent has been praised for his expressive voice and vocal versatility.  He has recorded with the Mormon Tabernacle Choir, the Moses Hogan Chorale and Singers, the Glenn Drapers Singers, and opera singers Barbara Hendricks and Derek Lee Ragin. He has had the honor of performing for Presidents Bush (I & II), Reagan, Carter, and Clinton.

For many years, he served as choirmaster/organist of the Holy Family Traditional Choir and continued to work with choirs in the Fort Worth area. Additionally, he taught choral music at the Texas Boys Choir, South Hills High School, O.D. Wyatt High School, and several other educational institutions in Texas. He served as Director of Musical Activities and former National Vice-President for the Phi Mu Alpha Sinfonia Fraternity of America in its effort to bring music to the elderly, infirmed, and hospitalized people around America.