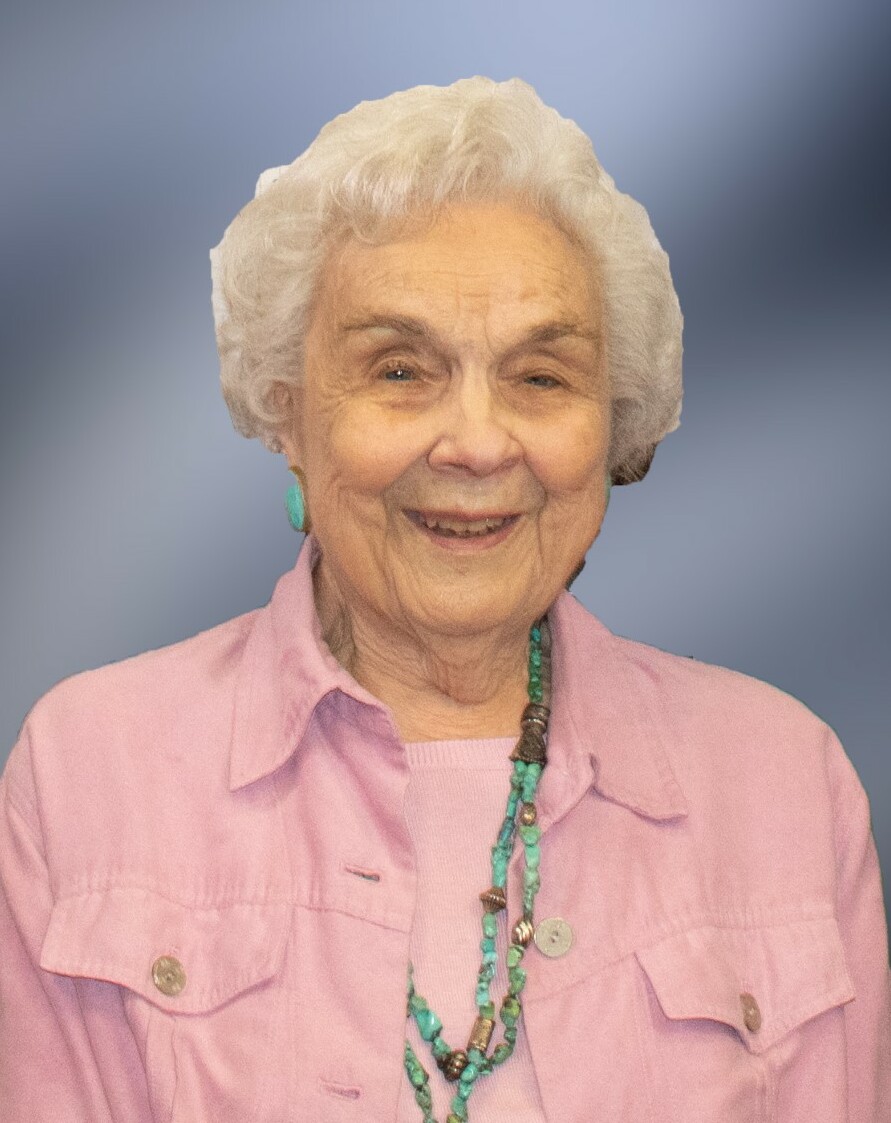 Joyce Gray McCown of Fort Worth died January 19, 2023 at the age 93. Joyce loved people and had amazing energy and a zest for life reflected in her infectious laugh.

Joyce was born in 1929 in Tucumcari to Jack Gray and Margaret Johnston Gray, both from early Texas families. In 1934, Jack moved the family to Dumas, where he ran his own hardware store, and the family lived through the Dust Bowl. Joyce told of dust blackening the sky during the day and covering her bed at night.

Jack, an airplane enthusiast, moved the family to Denton in 1939 to run the airport and be near a state college for his children. At 16, Joyce soloed in a small plane and at 19, she graduated from North Texas State Teachers College where she was both a beauty queen and an accomplished debater. (Jack dropped flyers on the campus from his airplane to support her successful campaign for student government vice president.)

Earlier, in her senior year in high school, a young North Texas student, Frank Dean McCown, judged her in debate, where she impressed him with both her beauty and her brains. He left for the army, but kept in touch with Joyce. After the army, he went to Baylor Law School. In the meantime, Joyce began her teaching career. Frank and Joyce were married in 1952 and had three sons; after many years, the marriage ended in divorce.

At North Texas, Joyce also earned her master’s in education. She taught speech, debate, drama, and English for 36 years. One year, both her girls’ and boys’ team won the state debate championship. She loved to teach, and her students loved her.

Another who loved her was Bob Seifert, whom she met playing bridge. They married in 2000 on a cruise in Hawaii and enjoyed 18 happy years. They took 21 cruises and played countless rounds of bridge. Both belonged to the National Bridge Club.

Joyce was a dedicated, lifelong Methodist, teaching Sunday School to all ages and serving in the Women’s Society of Christian Service. Together, Joyce and Bob volunteered at the church food pantry.

Joyce was preceded in death by her parents and her brothers, Methodist Minister Jack Gray and Air Force Major Jimmy Gray. Frank died in 2014. Bob died in 2019. To her deep sorrow, Joyce lost her beloved grandchild, Katie Jean McCown Adams.

Joyce is survived by her sons (Scott, Davis, and Douglas), her daughters-in-law (Maura, Lu, and Julie), and six grandchildren (Kathryn, Michael, Anthony, Maegan, Margaret, and Frank.) Joyce leaves behind many friends who cherish her, particularly those in her book club, which has met for more than 30 years.

Service: The family will host a celebration of Joyce’s life at the Arborlawn United Methodist Church on Friday, January 27, 2023 at 10:00 AM.

Memorials: In lieu of flowers, please make a donation to the Food Pantry at Arborlawn.